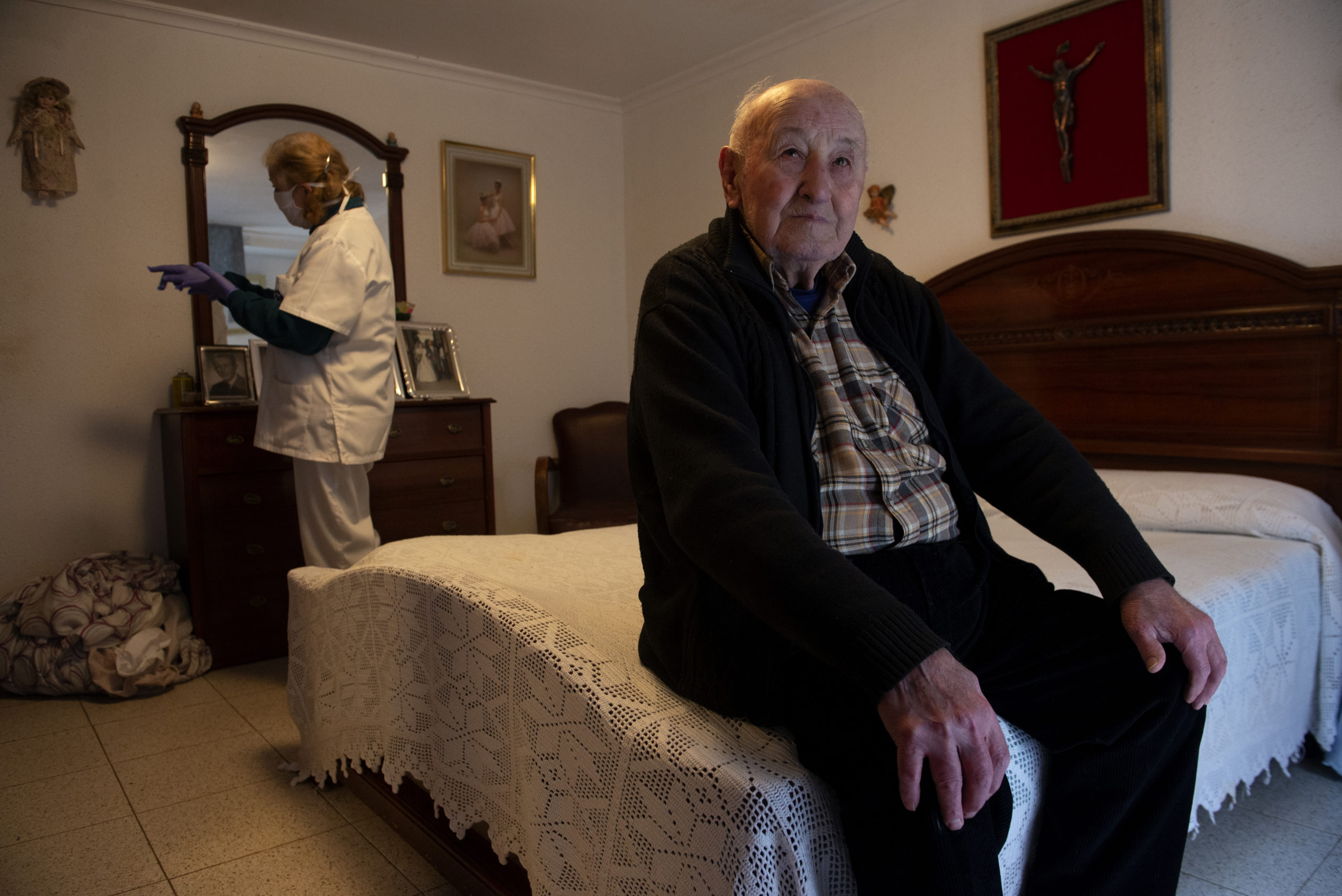 Covid Photo Diaries is a project created by eight Spanish photojournalists who documented the Covid19 pandemic on a daily basis in different parts of the country. From the beginning of the health crisis and especially since the state of alert was declared, it was clear that we were witnessing an extraordinary event that would mark our lives, both as individuals and also as a society.What was life under lock-down like? How did our daily routines change? We are given an insight thanks to photographers Anna Surinyach, Isabel Permuy, Susana Girón, Judith Prat, José Colón, Manu Brabo, Javier Fergo and Olmo Calvo. This is a small sample of my contribution to this collective project, available in full on the following Instagram account and on this website. 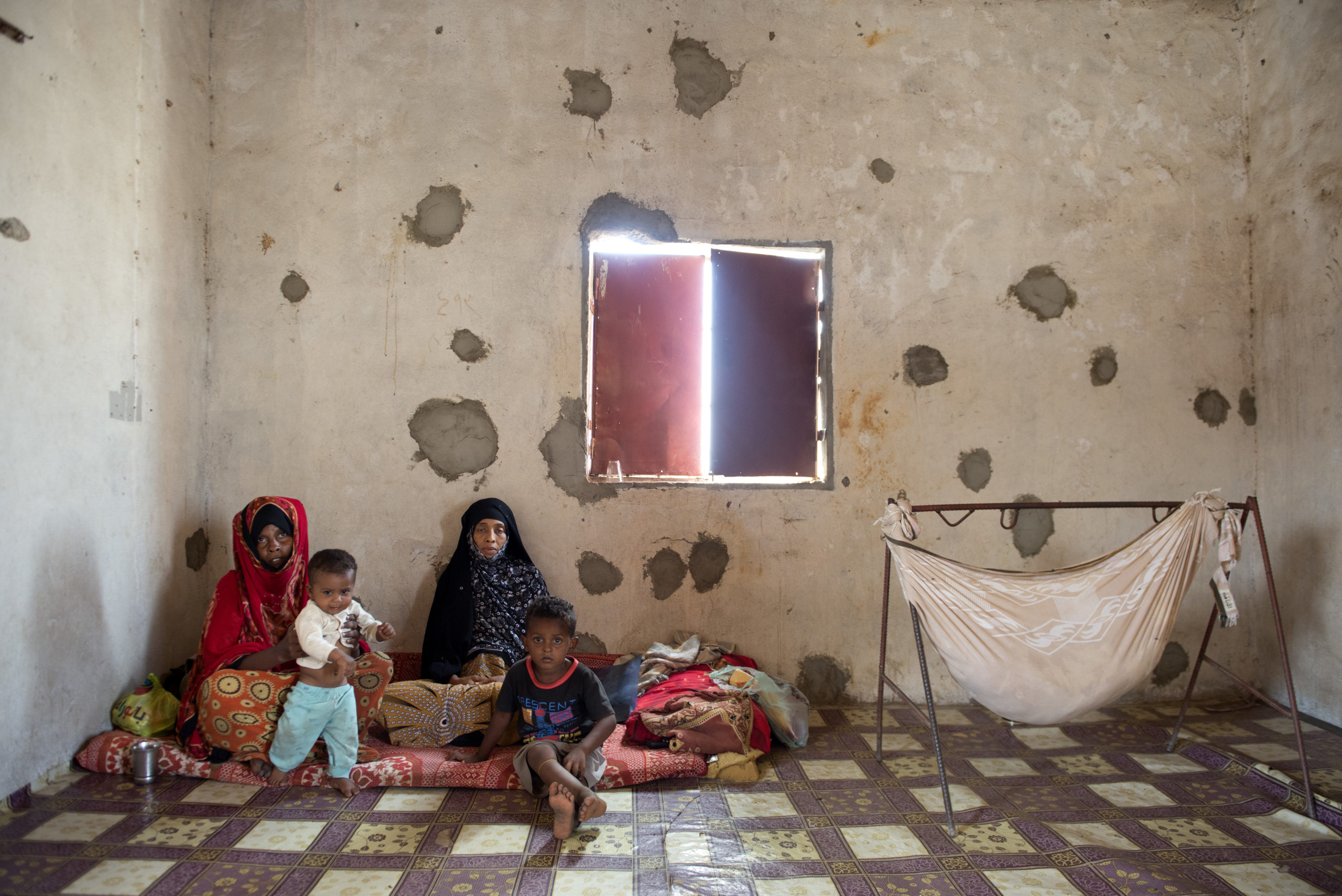 In 2018, after three years of civil war and despite having expelled the Houthis from most of the southern territory, the distrust of the southern separatist movement towards President Hadi had only grown; the Southern Transitional Council finally broke its alliance with the government in January of that year and its militias took control of Aden. Since then, the flags of the former People's Democratic Republic of Yemen have once again begun to be flown in the city as a sign of the south’s renewed desire for independence. However, Al Qaeda has managed to establish itself in some areas in the south of the country, eager for prominence; its attacks in Aden have been frequent. The situation in Yemen is, according to the United Nations, the worst humanitarian disaster caused by man. More than 10,000 people have been killed, there are more than 3 million displaced people and about 75% of the population (22.2 million people) need urgent humanitarian assistance, including 11.3 million in serious situations that require immediate assistance to survive. Yemen 2018 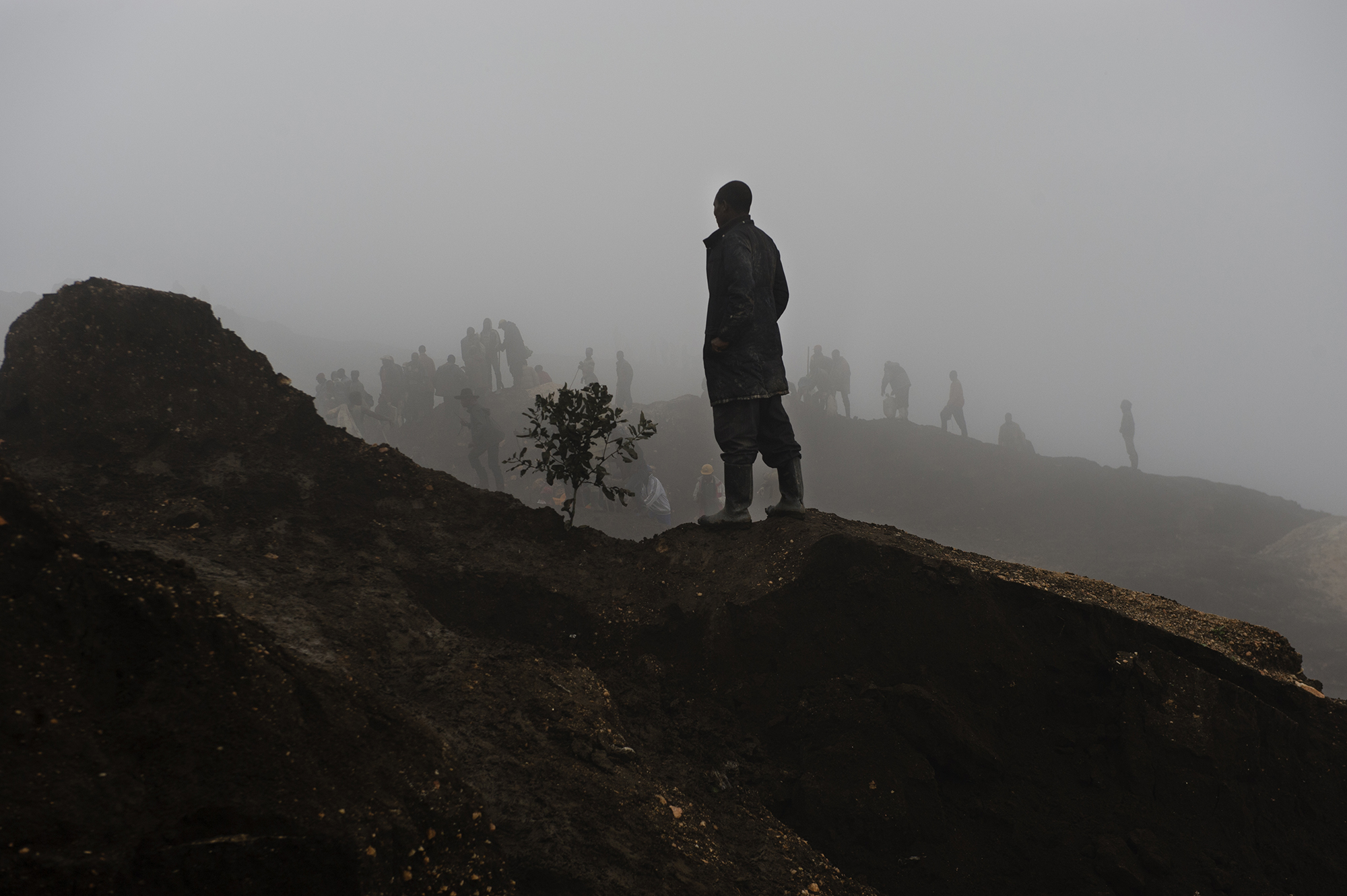 Coltan is a fundamental hiperconductor mineral for the development of the new technologies such us mobile phones, the production of computers, videogames consoles,  intelligent weapons, aeronautical industry, etc. 80% of the world’s reserve of coltan is found in the east of the DR of Congo.The country has been plunged into a extremely complicated conflict with as a many 20 different armed groups operating in North Kivu and South Kivu, which are fundamentally financed by controlling the mines.The working conditions of the miners are extremely tough and dangerous, given that the extraction of the mineral continues to be done in a traditional way. Many miners internally displaced within the conflict, come to the mines leaving other more violent zones, with the intention of finding a way, however precarious, of survival. They must face a 15 hour working day, the danger of constant landslides in the subterranean tunnels where they often lose their live, traveling on routes for many hours transporting on their shoulders 50 kilos bags of coltan down a steep and slippy hill.  All of this for hardly seven dollars a day.   This project  tries to call attention to the working and living conditions of the miners and to show the plundering of the mineral wealth is the main cause of the perpetuation of the conflict in the DR of Congo. Rubaya, North Kivu, 2013. 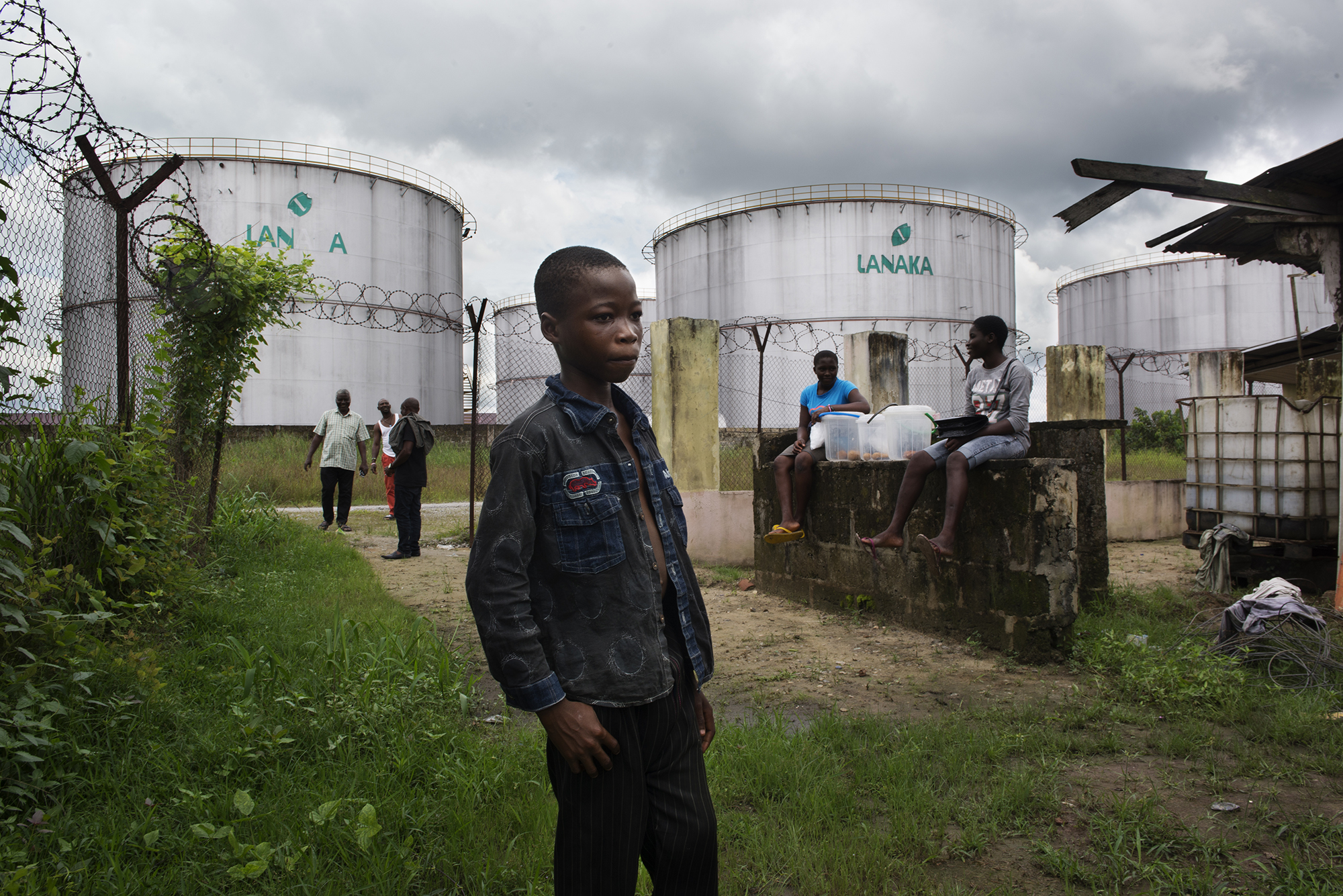 The Niger Delta is the foremost oil-producing region in Africa, but it is also the area worst-affected by ​​oil pollution in the world and one of the ten most polluted places on Earth. Oil spills pollute the water, destroying plant-life and affecting opportunities for traditional fishing, which is the main means of subsistence for 33 million inhabitants. The activity on the 50 oilfields currently operating in the region has led to water-quality degradation. Acid rain and pollution limit access to drinking water and seriously threaten public health. The UN estimates that it would take more than three decades and at least one billion dollars to clean up already contaminated areas. Nigeria 2016 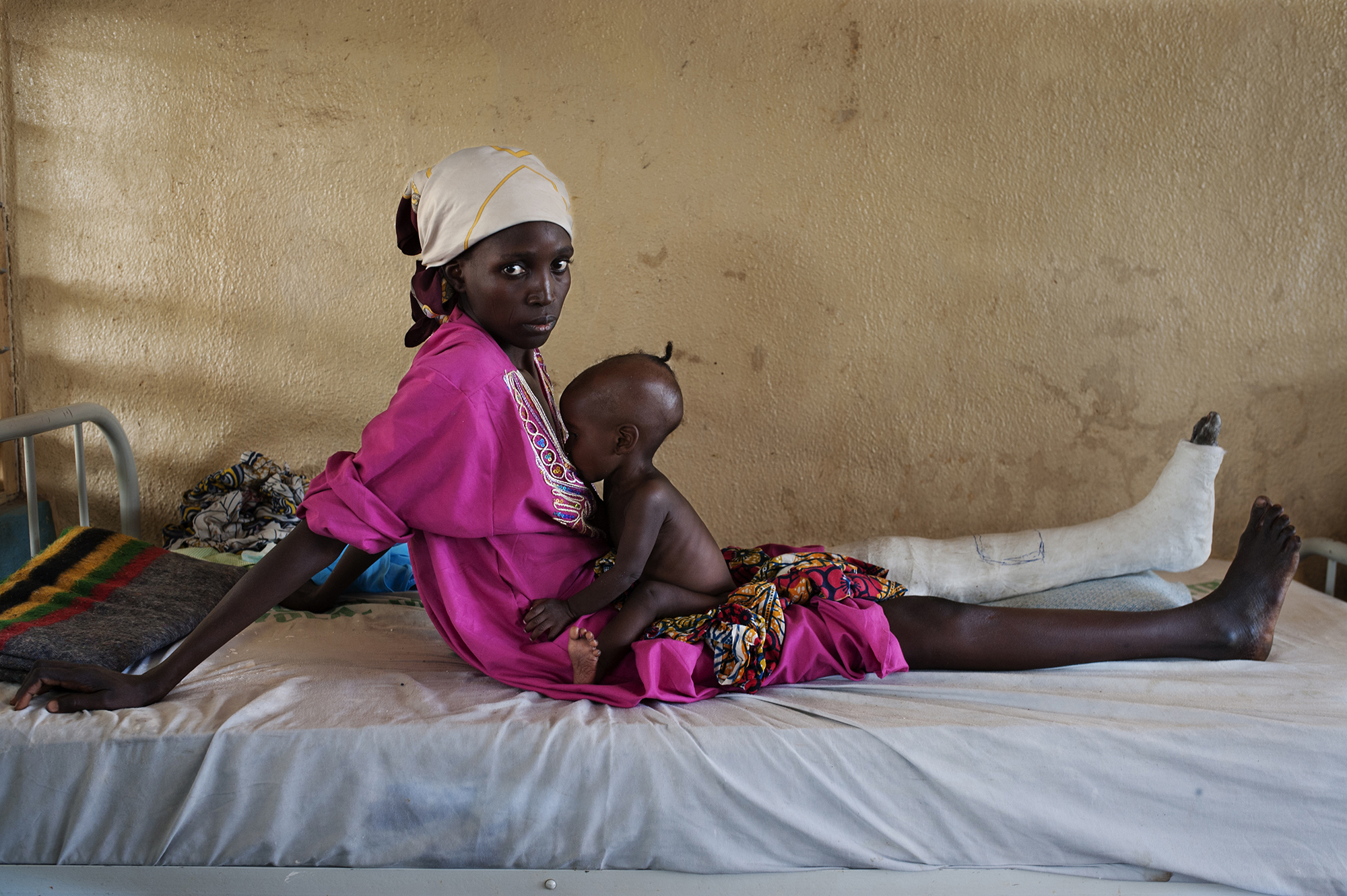 The figures detail the size and scope of the deadly ways of the Nigerian Jihadist group Boko Haram, responsible for 50,000 murders, around 2.6 million displaced and refugee people throughout the region, and tens of thousands of abducted women. In recent years, Boko Haram has ordered hundreds of people, mostly women and girls, to use bomb-belts to blow themselves up in military barracks, displaced people’s camps, markets and mosques. So deadly is the group that, in 2014, these appalling statistics earned Boko Haram the grim title of most lethal terrorist group on the planet. Nigeria 2015-2016 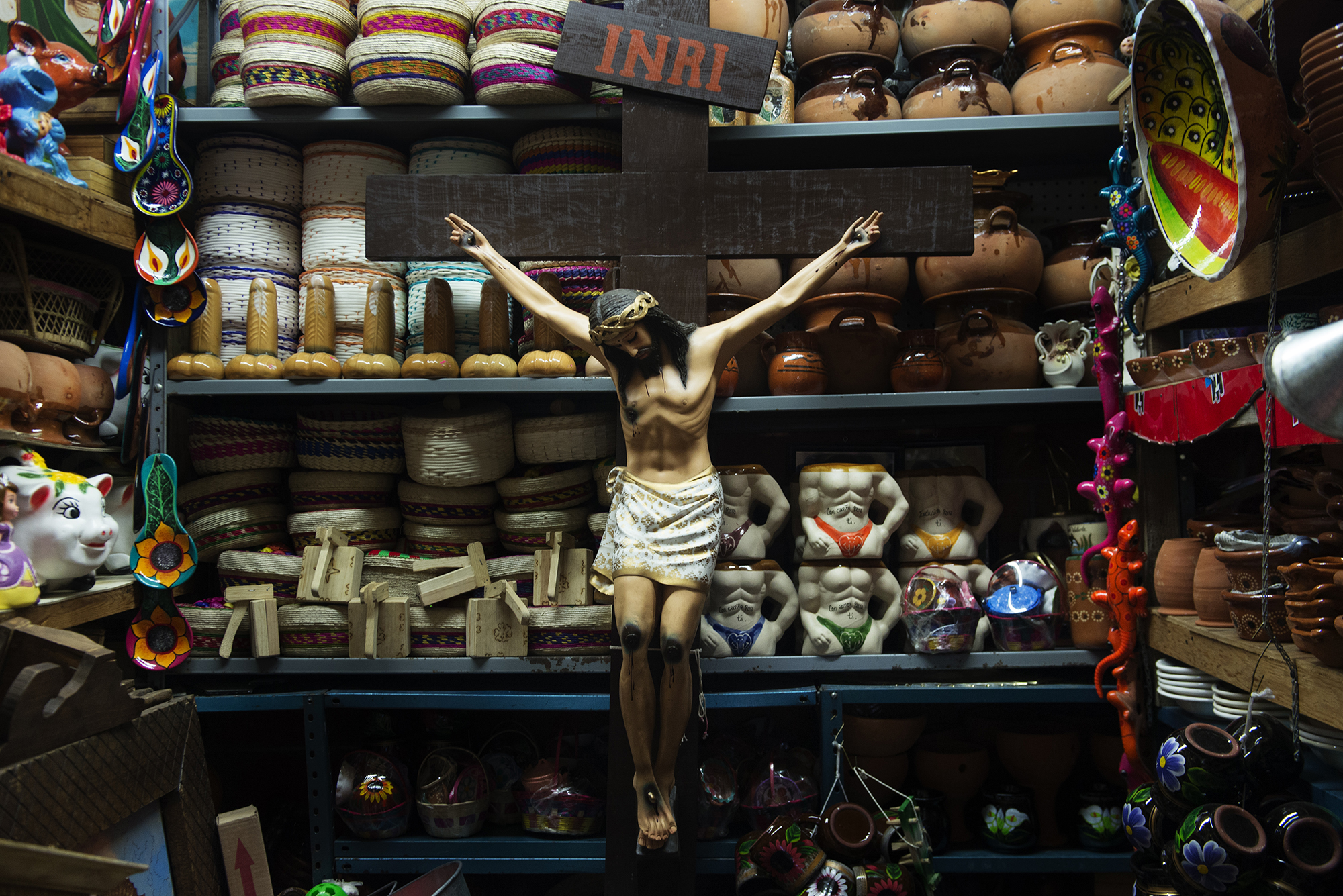 “Systematic sexual femicide is the murder of a girl/ woman committed by a man, where all the elements of the inequitable relationship between the sexes are found: the gender-based superiority of the man over the subordination of the woman, misogyny, control and sexism. Not only is the biological body of the woman murdered, the cultural construction of her body is also murdered, with the passive indifference and tolerance of a masculinized state”. Julia Monarrez (Doctor and researcher of the Colegio de la Frontera Norte of Ciudad Juárez) Mexico 2017-2018 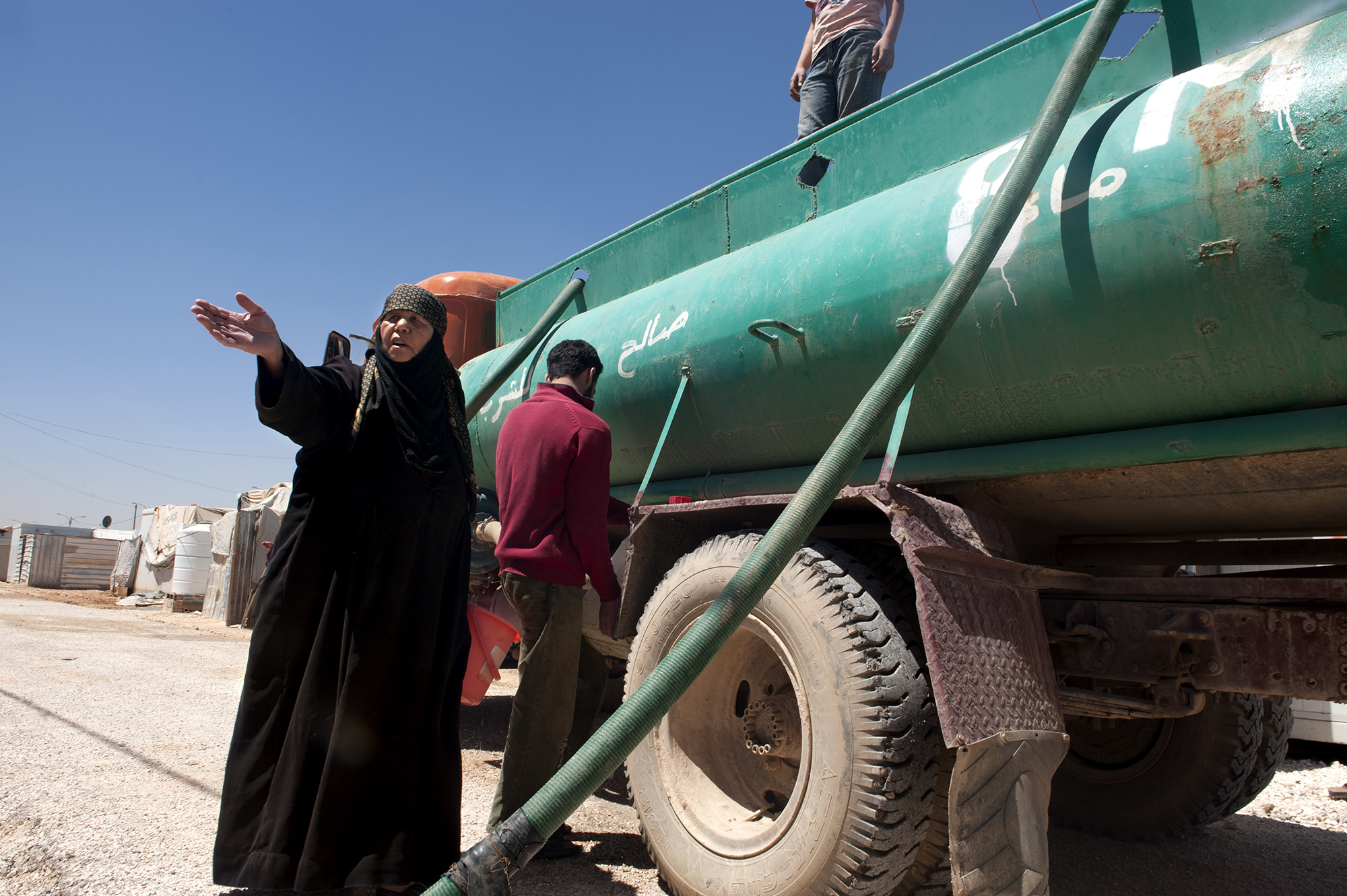 An estimated 9 million Syrians have fled their homes since the outbreak of civil war in March 2011.   According to the United Nations High Commissioner for Refugees (UNHCR), over 3 million have fled to Syria's immediate neighbouring copuntries.These pictures  show syrian refugees living conditions in Turkey, Lebanon and Jordan, three countries which have given refuge to more Syrians than any others. The report cover a variety of situatios and aspects of their lives: the large refugee camps in Jordan, the small settlements in Lebanon, life in  cities such as Gaziantep or Beirut, child labour, the hospitals where the wounded are treated and so on. Turkey, Lebanon and Jordan, 2014. 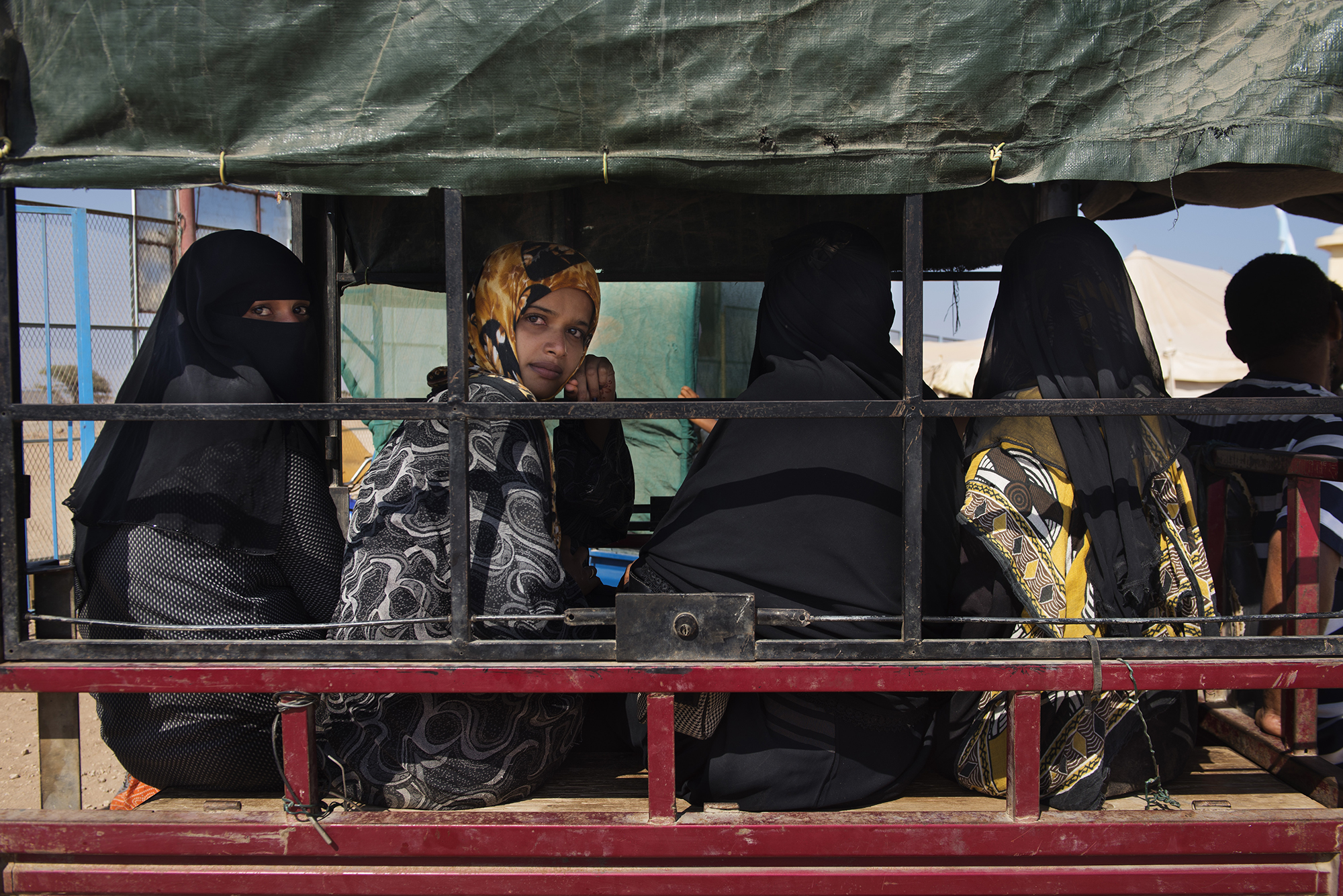 Obock, a coastal town in Djibouti, provides shelter for the Yemeni population that have crossed the Strait of Bab el-Mandeb in boats in search of refuge. Many of them live in the Markazi Refugee Camp located on the outskirts of Obock, while others try to survive in small rented or occupied houses in the town’s neighbourhoods. The arrival of refugees in this small town, their daily life in the refugee camp and the job opportunities available to them are some of the issues addressed in this photo report. Djibouti 2018. 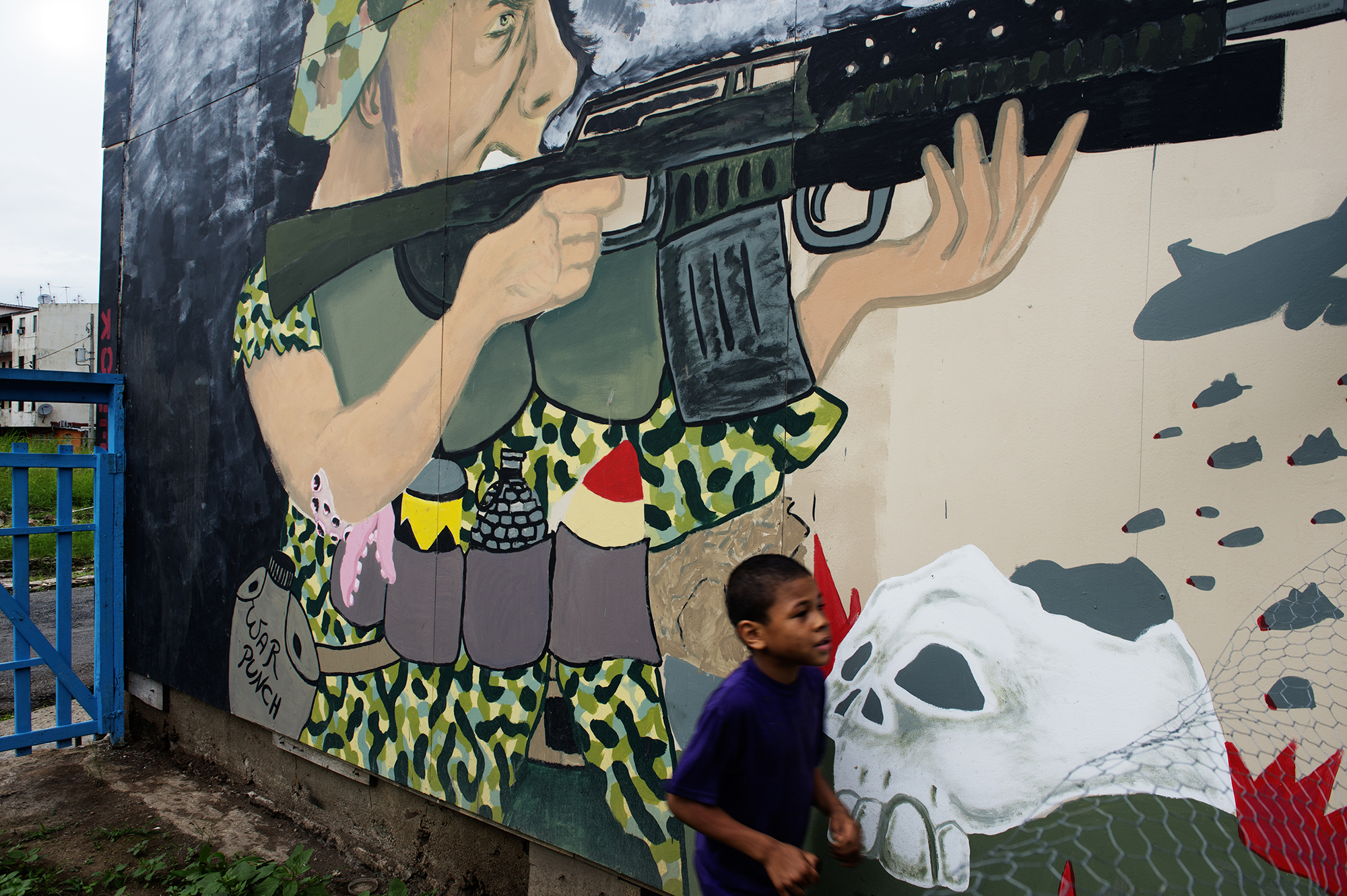 On December 20, 1989, U.S. troops invaded the small Central American country of Panama. The neighbourhood of El Chorrillo, where General Noriegas's quarters were located, was attacked and almost completely destroyed on that very night in 1989 after a fire had broken out. The subsequient reconstruction of the neighbourhood meant the neighbours who had lost their homes needed to be rehoused in new apartment buildings whose apartments had barely 30m2 of floorspace. The layout of the neighbourhood changed drastically and the problems of delinquency, gangs and social decay have been, according to the residents themselves, some of the most serious consequences of the invasion. Panama, 2014. 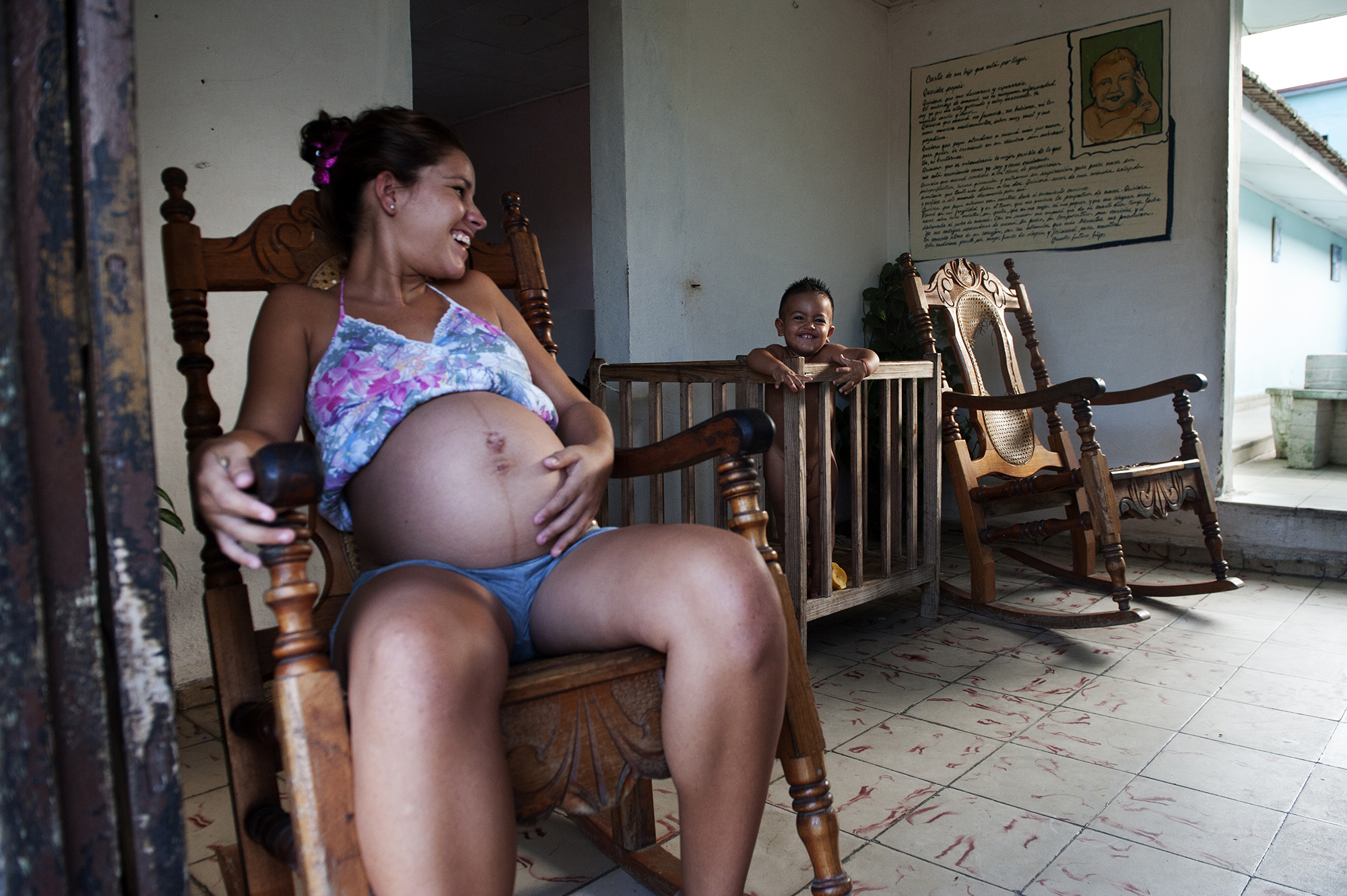 Cuba has a system of free universal healthcare. Direct contact with doctors (prevention, primary care and hospitalization) is possible in equal measure all over the island and for its 11 million inhabitants. Mother-and-chid healthcare is one of this health system's priorities. this report look into primary healthcare for women and children in differents parts of the island, from remote rural areas to the capital. Manicaragua, Agramonte, La Habana, 2014.

Over the last decade, the problem of abandoning boats and crews in the port of La Luz in Las Palmas de Gran Canaria, has been persistent. The fact that such vessels have piled up in the port has led to the appearance of marginal communities an social exclusion. This is because the abandoned boats have been converted into the usual dwelling-places of abandoned crew-members and unemployed seamen with serious financial problems, as well as undocumented inmigrants living in extrem poverty. All of these people deprived of any means of subsistence, live lives of misery aboard rusty derelict vessels in an advanced state of decay, without light o water and, in some cases, they inhale gaseous fumes from motors or the lower-deck. Whitout a doubt, these are unhealthy an unsafe living conditions. Spain, 2012. 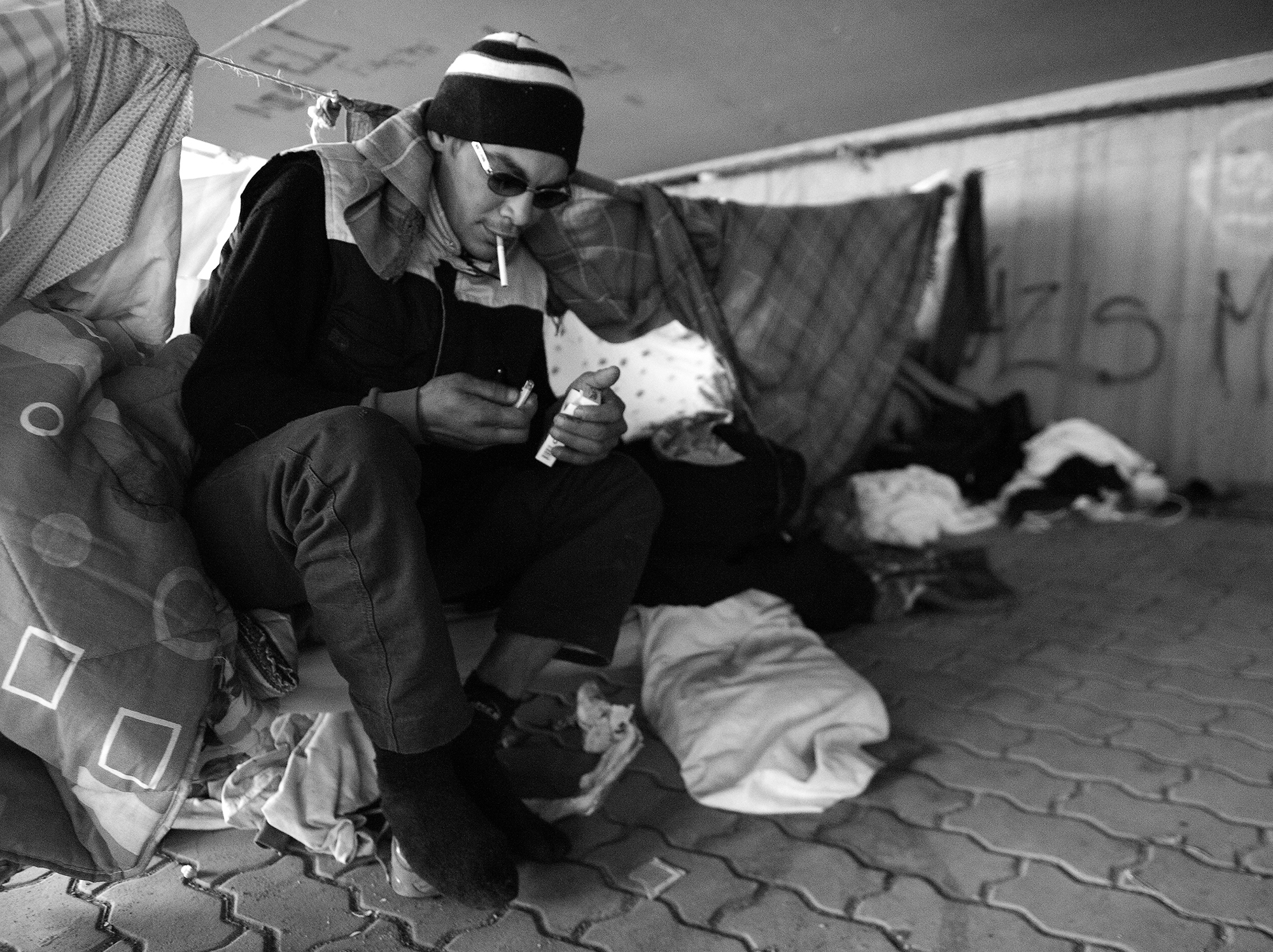 Having lost their jobs and their homes as a result of the current economic crisis that Spain is suffering, a group of Maghrebian immigrants have been forced to live under a bridge on the Huerva River in the city of Zaragoza. On occasions, they can use the services offered at the municipal homeless shelter: a daily shower, a card given them 30 meals every 3 month and 6 nights of acommodation every 3 month. Neverless, theris everyday lives take place mostly below this bridge. Here, they sleep, cook, wash, keep their belongings and live as a group. The bridge is their home now. Early Sunday morning, with carts full of all types of objects collected from containers, they head toward the other end of the city, where a clandestine market offers the possibility of obtaining some money from sales. Spain, 2011.