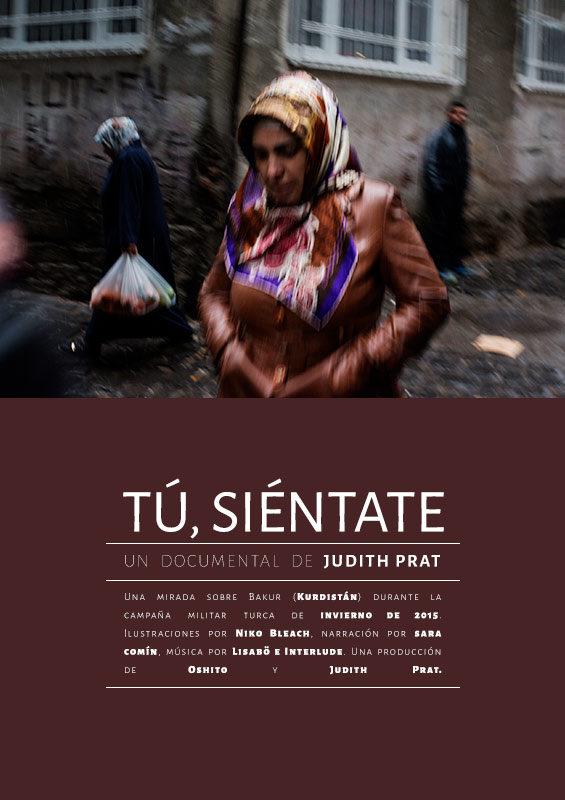 Bakur, Northern Kurdistan, within Turkish borders. In August 2015, the Turkish government launched a strong military offensive against this region, which continued well into 2016. This was in response to the defiant declaration of autonomy proclaimed by dozens of Kurdish mayoralties. More than 200 civilians lost their lives during curfews under an implacable policy of silence and restriction of freedoms in the region.

This work collects the testimonies of some of the victims of this new episode of Turkish violence against the Kurdish population. It also strives to answer a series of questions that allow us to delve into the background of the situation in the Fertile Crescent, all the while considering the viewpoints and aspirations of a people belonging to a culture which stretches back thousands of years.